Today our interview with Congressman Don Young was cancelled and our time with Congressman Markey got cut down to about 20 minutes. This was due to the fact that the Congress is about to adjourn for a break and they needed to make a final push to get all their votes done before leaving town.

This was the first year that the Values in World Thought class has interviewed Congressman Markey. Because of this, I was nervous about having great questions and setting a precedent for trips to follow. At first it seemed like Congressman Markey didn’t know the best way to engage with us but soon into the interview he relaxed. The most amazing moment of our interview with Congressman Markey was during his departing comments. He told us, “Anyone can make a change but you can’t be a sprinter, you have to be a marathoner.” He talked about the need to continue to fight for change and that even though, at times, the congressional process does not seem to be working, it is. The process just takes time. 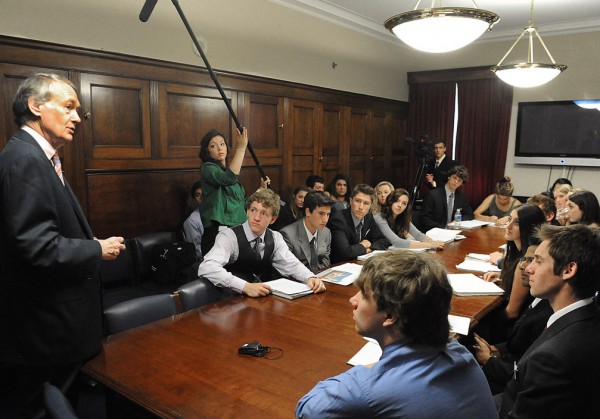 Congressman Markey made a final closing point about how we, the privileged, the top half of the top one percent of the world, who have had so many opportunities, need to be willing to invest in the system. He took it beyond the simple “you are the future” and told us explicitly what we need to do in order to keep the system working. He said that if you walk away from your responsibility to work for a better world, then you have not right to complain about the results.

Congressman Markey is in his 36th year in Congress and yet he is still extremely passionate about the work he has set out to do. I found his passion inspirational.