This morning we took the opportunity to visit the Apartheid Museum in Johannesburg. We were given 1.5 hours to roam amongst the vast halls and countless exhibits. 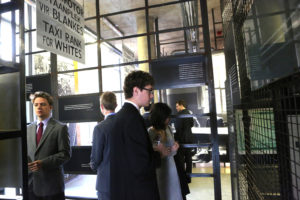 When we first arrived, we were given a firsthand, albeit watered down, look at what being segregated was like during apartheid. We were split into groups labeled White and Non-White. Between these two we were separated and had to enter the museum from different entrances. While this wasn’t close to anything people went through in a real-life situation of segregation, it most definitely felt awkward and morally wrong to not have a choice about where I could go.

Going into this excursion, I had no idea what to expect, maybe something along the lines of the types of museums in the bay area. This museum was vastly different. One thing that the creators managed to provide was a mimetic environment of each of the different exhibits. For example, the exhibit about military action against protesters in Cape Town was flooded with low light and high concrete brick walls. The way that sharp sounds echoed around the corridor made one feel as if they were standing in a protest. It was small details like this that made the experience memorable.

The sheer size of the museum was amazing. There were at least 10 different exhibits and, sadly, I didn’t get to visit all of them. Each section was carefully placed so that the museum had a flow to it, while still providing a massive amount of information. Within our given time allotment, we only really scratched the surface of what the museum held, but alas, it was lunch time! 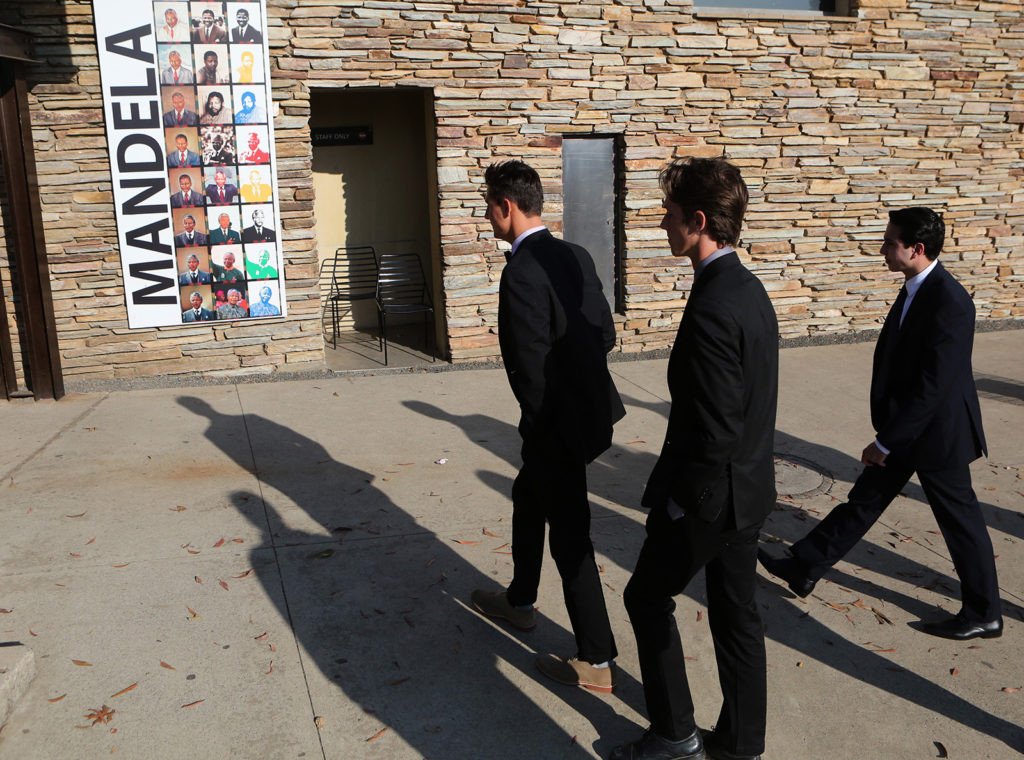 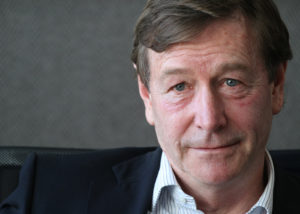 Today we interviewed Peter Harris. He is currently a lawyer, businessman, and author. More importantly, from my perspective, he was a human rights lawyer during apartheid. Throughout his career, he has always protected those who were fighting for basic human decency, respect, and justice. Before coming to South Africa, we read one of his books, In a Different Time, which was centered around that trial of the Delmas Four who were accused of committing terrorism against the apartheid state. The book was very eye opening to the reality of apartheid. While writing the book he did extensive research about many of the people involved. This gave a much more realistic and gritty depth to the narrative. Often, he would interrupt the story to go into background stories about where the characters ended up. This gave it a much more personal and empathetic feel than if one was just reading a statement of the facts.

After reading Peter Harris’ novel, it was an incredible experience to meet him in person. During the interview, he was very humble. We discussed some of the issues that currently face South Africa, and many disturbing political trends around the world. What stuck with me, and something that has been a constant theme in South Africa, is the hope and belief that things will get better. This is something that is alien to me. In the United States, we can afford to be cynical and sarcastic; here, they cannot afford to lose hope or talk about jumping ship. Hope is what keeps them from anarchy and complete despair. For many of the people I have talked with, they say they must be happy about everything that they have, otherwise it’s depressing. I have been told to be grateful for everything that I have many times before; but I have never had to because I always knew that everything would be taken care of. I hope to bring this new appreciation back home, and not lose the new discernment that I have gained. On a lighter note, Ruby got Peter Harris to sign a wooden frog. He said he had never done that before. 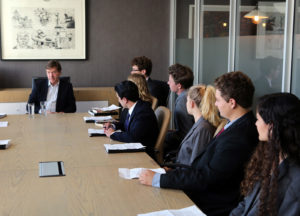 Today we interviewed Peter Harris. Earlier this week, we spoke with Pregs Govender who talked to us about the importance of having courage to be insubordinate. What struck me most about Peter Harris was just that. It must have taken a lot of courage to defend four black rebels during apartheid, who were revolting against the very source of apartheid. I highly appreciate people who stick with their beliefs no matter how little support they have, just because they know that what they are facing is wrong and needs to end. In response to a question about how having children impacted him during the trial. He said something to the extent of, “In court, you are defending someone’s son, someone’s daughter.” This comment sat with me for the rest of the interview, and will continue to do so. It is a more personal view of the relationship between a lawyer and his client. The result of a trial now holds a truer meaning for me. At the end of the interview, we asked him if he had any advice for us and our generation. He said, “Take an interest, get involved, make a difference.” He told us that the effort for change and advancement starts now. It is not just the future generation’s problem; it is a problem for all of us right now. I want to serve my community and country in some positive way or another, and his advice added more of a spark of motivation to do so. From what I noticed during the interview, Peter Harris was a very straight forward, honest, and intelligent man; the qualities I appreciate and look for the most in a person. It was definitely one of the most interesting interviews I have done yet. All the work and preparation was well worth it.