I was surprised that shopping at the mall in Cape Town brought on so many emotions. Stepping into the large building and walking past the many expensive stores reminded me of the United States. Except that I wasn’t at home, I was in Cape Town. I was standing not far from a sea of slums in which a countless number of orphans roamed the streets and families of sixteen struggled to survive in one-room homes the size of an average American bedroom. These were the images in my head as I stood at an iPad booth in the mall and watched a saleswoman in expensive clothes explain the benefits of the product to a customer. The customer stood weighing her options, considering the item and asking questions pertaining to what seemed to me to be a superficial device. I simply stared, watching the interaction.

After shopping we headed over to MylifE. I stayed silent throughout the bus ride, whilst trying to make sense of the two contradicting images that were simultaneously at the front of my mind. I began to think about the world on a grander scale. I attempted to sort out the issues floating around in my mind and what could be done to stop them. Suddenly, I felt small and helpless. This feeling stayed with me as we entered the doors of MylifE and began our conversation with Linzi Thomas.

At first she explained the purpose of MylifE and she and the others in the room told us their stories. The feeling I’d had before began to grow within me. Then the conversation developed into a discussion about helplessness. In this context, Linzi said something I’ll never forget. She said that one must not push away that feeling but rather use it. She described how when she feels helpless she asks youth who were formerly on the streets what they would do to help. She said that in those moments she gets the most useful responses. She pointed out that people tend to not ask questions to those involved, but they should.

Despite this I still felt overwhelmed. I felt the call to participate in making a difference but did not think I would know where to start. I voiced these feelings and Linzi gave one more piece of advice that struck me. She said that instead of being overwhelmed about how to change the world around me, I only had to look within and work on myself. That would be my project, my focus. The rest would come naturally.

The overwhelmed feeling still exists. I will always be trying to sort out the contradiction between seeing the woman buying the iPad and seeing the slums of Cape Town but I’ll never let those emotions get in the way of actually making a difference. Instead I’ll let them guide me in the right direction.

Staring at blank sheets of paper was the same feeling he explained he felt while living on the streets.
Empty.
Blank.
Lost.
That feeling soon became his norm and everyday reality.
It became an awfully familiar safety blanket.
Children not yet reached double digits were abandoned and strays.
Left living in the townships, exposed.
Exposed to gangs, exposed to drugs, exposed to violence, exposed to rape. Too young be on his own, he had to accept defeat.
His future lead to crack.
His future lead to prison and his future lead to “active robbery.”
This is an easy possibility for 7,000,000 homeless living in South Africa.
He could say the MylifE organization saved his life.
A beacon of hope and the courage to change was all he wanted.
One woman gave him that. She opened her heart and he opened the door to her home and saw a room full of possibilities.
Forgiveness.
Strength.
Confidence.
He folded his hands to his road of struggle and took on an even harder task.
……..the path to recovery. 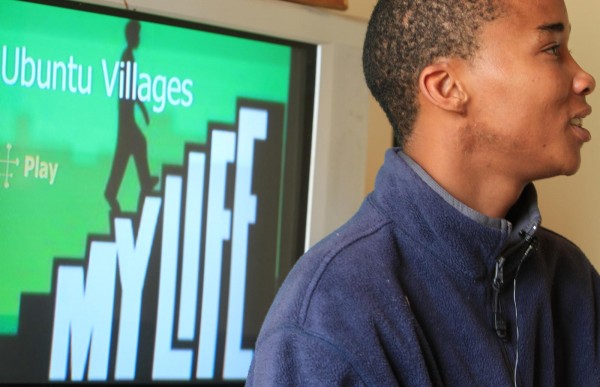