Today we interviewed Mary Kay Henry, International President of the Service Employees International Union (SEIU). After she entered the conference room she proceeded to shake all of our hands and ask us our names. She seemed happy to be there and meet us, and she radiated kindness and approachability. This allowed my initial nervousness to instantly dissipate.

Our interview with Mary Kay Henry was informative and enjoyable. One thing she said that resonated with me was, “When people come together there is no force too great we can’t overcome.” I think that this relates well to our trip to Washington D.C. It is a wonderful opportunity, and I feel privileged to be a part of it. The group I am here with greatly affects my experience. This trip revolves around group dynamics. If we are unable to work together, our experience is weakened. On these trips there are always issues we must surmount. If we come together and work as a team, we are able to overcome the obstacles we are facing.

As we rounded the corner, I was faced with a great building, largely made of windows and adorned with a bright purple sign proclaiming the large presence of the SEIU. As we shuffled in, I saw many quotes about a future shaped by people who had the courage and perseverance to lead. After we settled into the conference room a quiet nervousness settled over us. However, once Mary Kay Henry walked in our fears were immediately quelled. She had a reserved confidence and an immense smile that instantly put everyone at ease. As she went around the circle and shook everyone’s hands, she made a deeply human connection. This created a calm atmosphere that lasted throughout the interview. 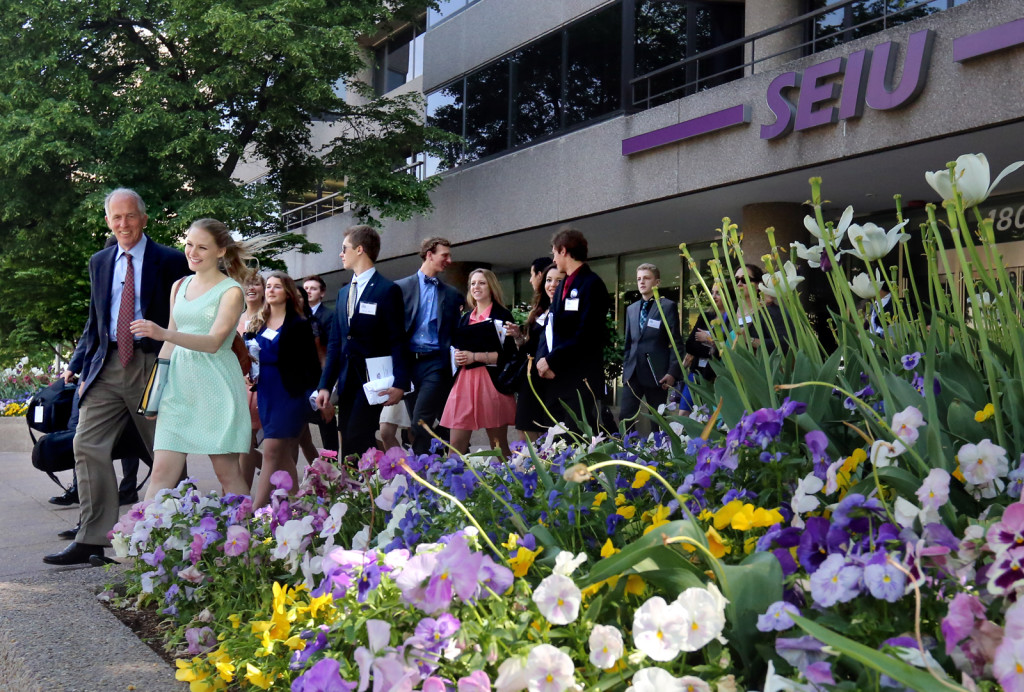 Everything around us, from the atmosphere of the SEIU to the characteristics of its president, exuded vulnerable leadership. Vulnerable leadership is defined as a form of management in which a leader guides with a sense of honesty that creates a human relationship between leader and citizen. Mary Kay Henry spoke about the importance of vulnerable leadership and the responsibilities that come with that power. I was struck by her view that her job as a leader was not to impose her views upon the world, but to create a dialogue between herself and the members of the SEIU. She wanted to create an environment in which they could discuss the reasoning behind their opinions and visions. She said, “The challenge is to be able to say the unimaginable.” Her opinion about the importance that courage holds in relation to leadership gave me a newfound value for courage in my life. Mary Kay Henry educated me on the characteristics that make up a great leader. To see the embodiment of these characteristics in action was truly inspiring. 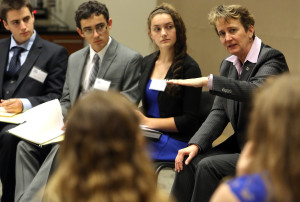 In our interview, Mary Kay Henry was intelligent, animated, and answered our questions thoroughly. Somehow she managed to tie all of them, even the ones about her, to the importance of unions and raising the minimum wage. She said interesting things about leadership. As important leadership traits, she cited the ability to work with the opposition towards a common goal and the ability to look ahead and not get discouraged by things happening slowly.

After the interview, we expanded the circle to include 3 other people from the SEIU. They talked for a bit and when Mary Kay Henry had to leave, we broke the circle and talked individually to the others. Zoe was talking to a man named Matt, and he mentioned the NCAA. Recently there has been a lot of movement towards unionization of collegiate athletes, specifically Northwestern football players, and I had wanted to ask Mary Kay Henry a question about the NCAA. My wanting to ask the question became kind of a joke in our class. Ward said it would never “see the light of day,” so I casually meandered my way over to Matt and waited for my turn. When he was no longer busy, I said to him, “I made this question for Mary Kay Henry that I really wanted to ask, but we weren’t sure if it would land. I heard you mention the NCAA, though. So what parallels do you see between the situation in college sports and unionization in other industries?”

It totally landed. Since he worked for the SEIU, he was able to analyze the Northwestern situation and compare it to patterns that he sees when new unions are created to represent employees. I was excited that I actually got to ask the question. 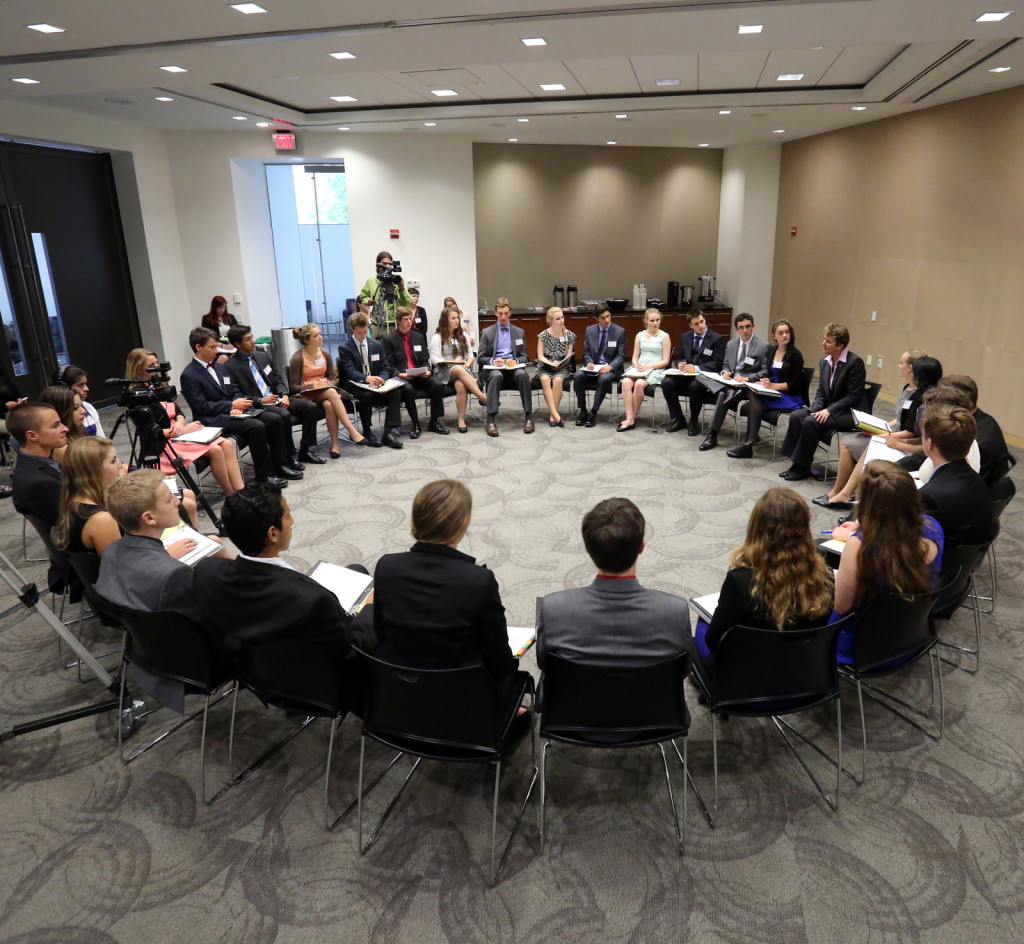