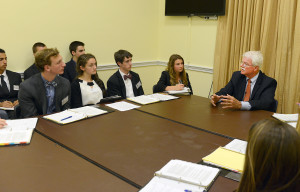 As we collect new information about the world around us it is vital to continue to process it, and learn from it. In our interview with Ray Suarez, he said that often fact trails opinion. The line between fact and opinion is often confused, which creates an environment where the introduction of new information is not given the attention it deserves. Being open to new evidence and having the ability to admit you were wrong and then change your views accordingly, is an important quality that everyone can benefit from, despite party line. This speeds up the rate in which things can change for the better, and cuts the risk of looking foolish, significantly.

I hope to incorporate Congressman Miller’s statement into my daily life. It is easy to get caught up in opinions and make snap judgments, but until I possess all of the information available to me, my opinion is incomplete. 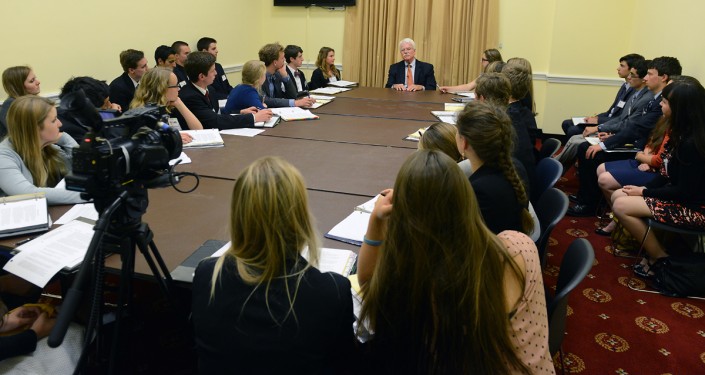