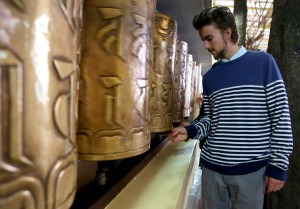 I woke up at the more reasonable hour of seven, and looked out the window into the inescapable beauty of the Indian mountains. I suited up and was off to breakfast. We were happy to get a break from the repetitive Indian breakfasts and I could feel the contentment oozing out of the smiles around the table. After breakfast it was time to leave our gracious sanctuary and enter the world outside of Dharmashala. The taxis with “Tourist Vehicle” decorated around the outsides of them were waiting for us… well most of them at least. After we waited for one late driver, the always exciting, and miraculous adventure of Indian traffic started once more. Cows littered the streets surrounded by stray dogs, all managing, surprisingly, to stay unscathed from traffic. The symphony of car horns and street vendors poured into our car from outside. Weaving around crowds of people and buses three times too big for the road, we headed towards the Dolma Ling Nunnery, the destination of our second interview, this time starring Rinchen Khando. As we slowly made our made way to a more dense part of town, my eyes caught sight of something glorious, the Himalayan Mountains. I had caught a glimpse of them on the way up, but the thick fog hid most of the wonder from me. Today the fog was gone and the Himalayas stood tall, white, and in full glory. The snowcapped mountains disappeared as we drove further, but the image remains imprinted in my memory. We finally reached the Dorma Ling Nunnery and set up for another memorable experience.

If I ever find myself back in India, it will be because I am in Dharmashala. Going to Dharmashala was my favorite part of the trip for a few reasons. First, the view from anywhere we were standing was amazing. It’s hard to complain about anything when the Himalayas are on one side and the rest of Dharmashala is laid out on the other. It reminded me of the view we have from the overlook at Mount Madonna, only with scattered red roofs and mountain ranges instead of an ocean below. Along with the scenery, we were treated to the freshest and most crisp air. This made even the simple task of breathing an experience. 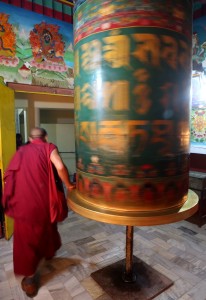 Although we didn’t get the chance to interview the Dalai Lama, we did visit the compound where he stays. It was amazing to see the various rooms dedicated to prayer and the elaborately decorated statues. When we finished our tour, we stopped to listen to the monks pray. It was unlike any prayer I have heard before because their chanting was staggered, creating a haunting and yet comforting melody. Walking back to the hotel, we perused the shops. There were things ranging from yak wool scarves, to anklets, to rustic looking padlocks. I was thrilled, of course, and bought much more than I should have.

While the shops broke my wallet, the interviews broke my mind. My favorite of the three interviews was with Samdhong Rinpoche. His responses were extremely thoughtful. He was insightful, and I will remember what he said to us for a long time to come. Dharmashala was relaxing, fun, and one of the most memorable places of the trip. I hope I return someday soon so I can spend more time there. 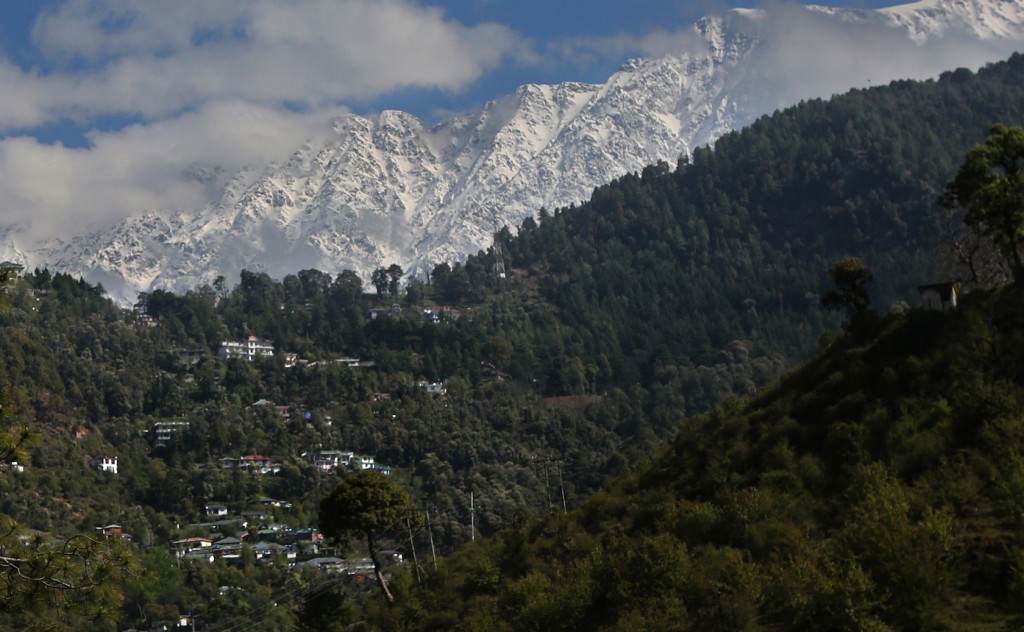