The Apartheid Museum is perhaps the closest you can get to understanding how insane the rise and fall of Apartheid was. It’s like a time out of legend, with its own share of saints, villains, last stands, far too many martyrs, and worse yet, people who just died.

We walked through an exhibit full of hanging nooses that listed scores of political executions and assassinations. The nooses swung slightly as we walked under them, and no amount of morbid curiosity would keep me in there. One of the more interactive exhibits was the Casspir, an armored vehicle used by security forces to ‘control’ crowds. This particular one was on scene during the student uprising. There were bullet marks all down its side and something low caliber caught in its window. Once inside however it is hard not to miss the place for the mounted gun and the rifle slits. If it came to a gunfight, would you rather be in or out of that truck? 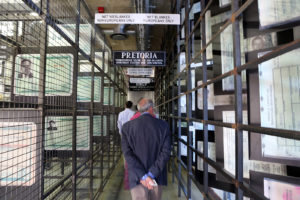 Another room held decommissioned guns. Some of them were homemade and so rough that they would act more like hand grenades if you tried to fire them. Others were so old that they were likely made in a factory where my great grandfather worked during WW2.

Every exhibit shared brutal stories of people who lost their lives. This is a museum that spans hundreds of years of oppression. We spent nearly two and a half hours there, and yet still missed a majority of what there was to read. There was one section near the end that documented the violence between the years 1991 and 1994. The room was filled with three huge screens, each playing separate scenes in a reel of shootouts, fire-bombings, and violent protests. We stood there for ten minutes, and I did not see one repeated scene. 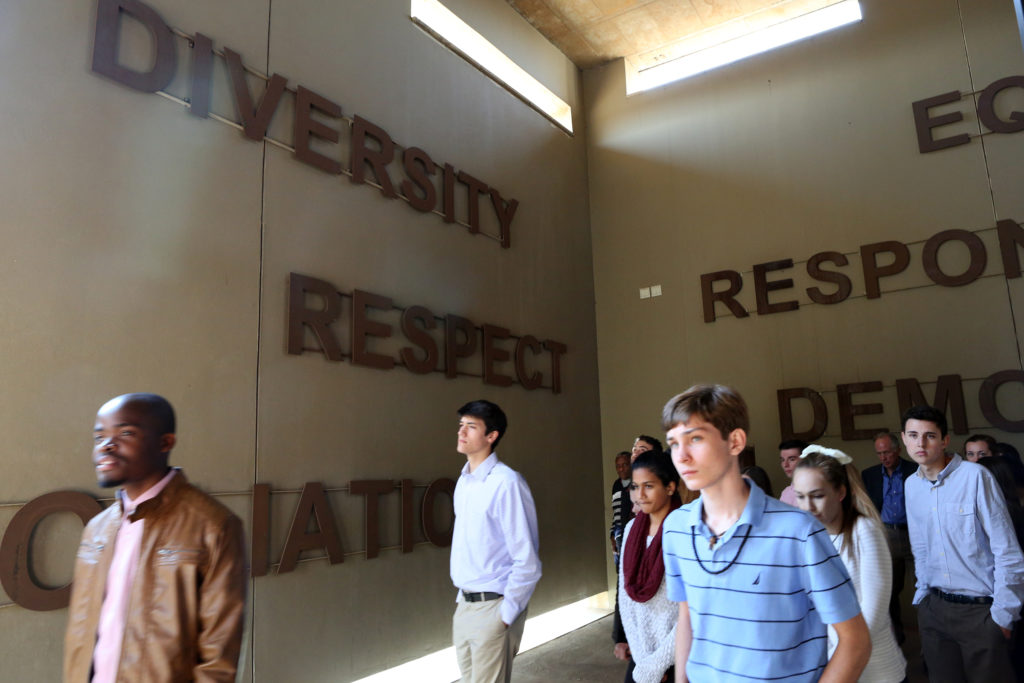