The drive to Dharamshala was absolutely amazing. Initially we were all just hot, exhausted and eager to reach our destination. But as soon as the Himalayas came into clear view, the entire 6-hour car ride turned around. The higher we climbed on the beautiful mountain roads so reminiscent of Mount Madonna, the cooler and greener everything became. The dry, straight, trash-lined highways of the flatlands, filled with sweaty people and open crammed shops, were slowly exchanged for tall pine trees swarming with monkeys that were much different from the pests in the city. A cool clean breeze came as a constant reminder of how pure, majestic and beautiful the upcoming mountains were. Just seeing the Himalayas approach was breathtaking in itself; the power and history behind something so massive was hard for me to fathom. 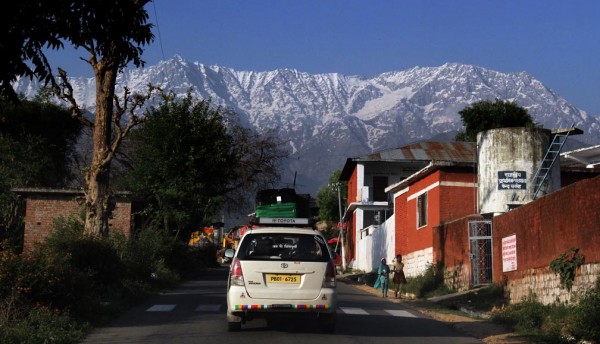 Reaching Dharamshala was like stepping onto a different planet; friendly, smiling Tibetans crowded the mountain marketplaces that were filled with shawls and jewelry. Maroon robed Buddhist monks casually wandered the streets. The view made me want to squeal, as we were looking DOWN, not out into the distance, and it seemed that the entire universe was just below our feet. There was something spectacular about the place and its location, with the mountains just over us, and I was grateful to be there.