On our two-hour bus ride to Pardada Pardadi, I was able to experience a vast array of India through the fast moving bus window. I noticed small villages filled with signs of extreme poverty and an abundance of people. As our enormous tour bus traveled down the skinny dirt roads, the curious stares from the villagers grew constant. The vibrant colorful clothing and artwork that is a hallmark of the Indian culture created beauty in the midst of the trash infested, run down communities. I was astonished by the absolute joy that was engraved upon the village children’s faces, even when they had so little. 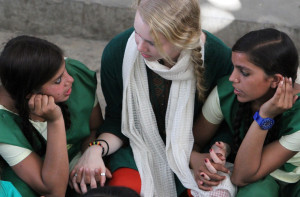 When we stepped off of the bus and through the gates of Pardada Pardadi we were immediately greeted by the schoolgirls. They showered us with flower petals and placed tilaks upon our foreheads. Before I had even seen the physical school, I could already sense the values of community and hospitality. After entering the school, my initial expectations were amplified. I saw encouraging quotes printed on signs almost everywhere I set my eye upon. I was amazed that a school like this could exist in the thick of so many impoverished villages.

When we arrived at the school it was lunch time and we were instructed to watch as the girls lined up perfectly to eat their freshly prepared food. As they uniformly filed in, most of the girls looked up and greeted us with a tentative wave. As we continued to watch, we learned about Pardada Pardadi’s mission from its founder, Sam Singh. It was created to educate the local village girls. The school provides an encouraging and motivational environment that allows young girls to become empowered and seek the education that they deserve. When Pardada Pardadi was first started it was difficult to convince families to allow their daughters to join the school. If they were at school then their families would lose an important worker at home. In order to address this issue Pardada Pardadi creates bank accounts for each girl and puts 10 rupees in the account each day they are at school. Another issue that concerned many of the families was the fact that if their daughters attended school, they would not learn how to perform any of the necessary jobs in their villages. In order to appease parent’s fears they decided to not only educate the girls in math, reading and science but to also teach them to make textiles. 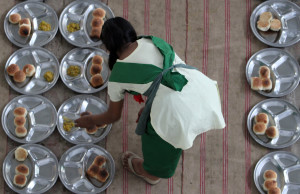 After listening to Sam talk about Pardada Pardadi I was in awe, but I was even more blown away once we met the girls. After they finished lunch, the 11th grade girls came out to introduce themselves and give us a tour of their school. Two girls instantly approached me and began interacting with me like they had known me my entire life. They grabbed my hand and did not let go, even once, the entire time we were there. They led us to the different classrooms. Each time we stepped foot in a classroom all of the kids stood up to welcome us. A few brave ones sang and danced for us. I could not believe how confident and talented the girls were. Even the 4 year olds got up to perform for us without a second thought. As we continued to learn more and more about the school and the plans that these young girls had for their futures, my admiration for the school grew. In the two short days that we spend at Pardada Pardadi I created bonds with the girls that I will remember for the rest of my life. I will cherish the hugs and hand drawn pictures that they gave to me. They inspired me, and I am hopeful that the girls will continue to succeed through education, and continue to grow confident and empowered.

As we stepped off of the bus we were overwhelmed with foreign smells, feelings, sights and people. The smell of street food and incense burned through our noses and never left. The feeling of excitement and nervousness grew as we walked down the bustling street, filled with cars, bikes, cattle, and monkeys, toward the sacred river Ganga. Walking down the streets of India is hard enough since there are no clear traffic laws; add in 21 foreigners and the road gets that much more complicated. The local townspeople’s curiosity about us grew and soon we had a small crowd escorting us. 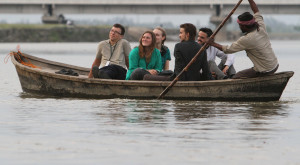 We saw smiles everywhere we looked. We got to the river and I was immediately entranced by its serenity. It was interesting to see how different it was from the chaotic streets of India. Perhaps this is partly why it is special to the people. When we reached the edge of the river we split into groups and hopped aboard boats for a Ganga river experience. As soon as we were out on the water serenity took over, and our senses ceased to be overwhelmed. The people’s devotion to the river was palpable. On the river we were able to truly relax after a couple of hectic, but very fun, days. All good things must come to an end in order for more to be experienced. So, as the evening’s Aarti greeted us, the group seemed ready and excited for the next adventure. 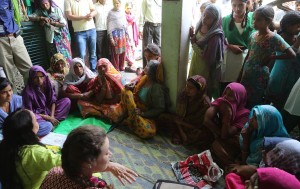 When I got off of the Pardada Pardadi school bus, I found myself in a small village made up of vibrantly painted buildings, with a narrow dirt road winding through it. I did not know where we were going, and by the confused and eager looks of my friends, it seemed that no one else did either. As we marched up the thin road, our long parade of Pardada Pardadi girls and conspicuous foreigners drew the attention of the villagers; many people watched us from their colorful doorways, and some even tagged along, just as curious as I about where we were going. We finally stopped in someone’s front yard. It featured a group of women sitting in a circle and a water buffalo. Our gaggle of students, teachers, and curious onlookers crammed into the small front entryway. As everyone found space for themselves, Renuka invited me to sit in the circle with the group of women. I found a spot and listened as she started talking to the group of women in Hindi. Every once in a while Renuka explained tid-bits of the conversation; such as, that the majority of the women in the circle were illiterate, and that she was telling them the importance of learning how to write their names. In between the snippets of English, I was left to marvel at how colorfully the women were dressed; they each sported brightly patterned saris and jewelry from head to toe. Every so often, the group of women would nod in agreement, or protest in Hindi, about what Renuka was saying to them. I later found out that I had been sitting in on a meeting of a relatively newly formed women’s cooperative; Pardada Pardadi has helped women create these micro-lending groups as a way to help them become more independent, and therefore better the village. The women are required to put in 5 rupees every meeting so that all together they have enough money to loan to each other. Taking out loans is a big issue for the women in these villages because the banks charge up to 60% interest, making it almost impossible for the women to pay them back. Renuka explained that 30% of the villagers’ expenses go to medical costs. To help lower this expense the women’s cooperative is working to educate these women about basic preventative procedures, such as washing your hands before you eat, or visiting the doctor instead of the religious leader when you get sick. The problems that Pardada Pardadi is working to overcome are deeply rooted in a long history. However, thousands of years of culture can be changed for the better. The change starts with the work of ten determined women sitting in a circle. 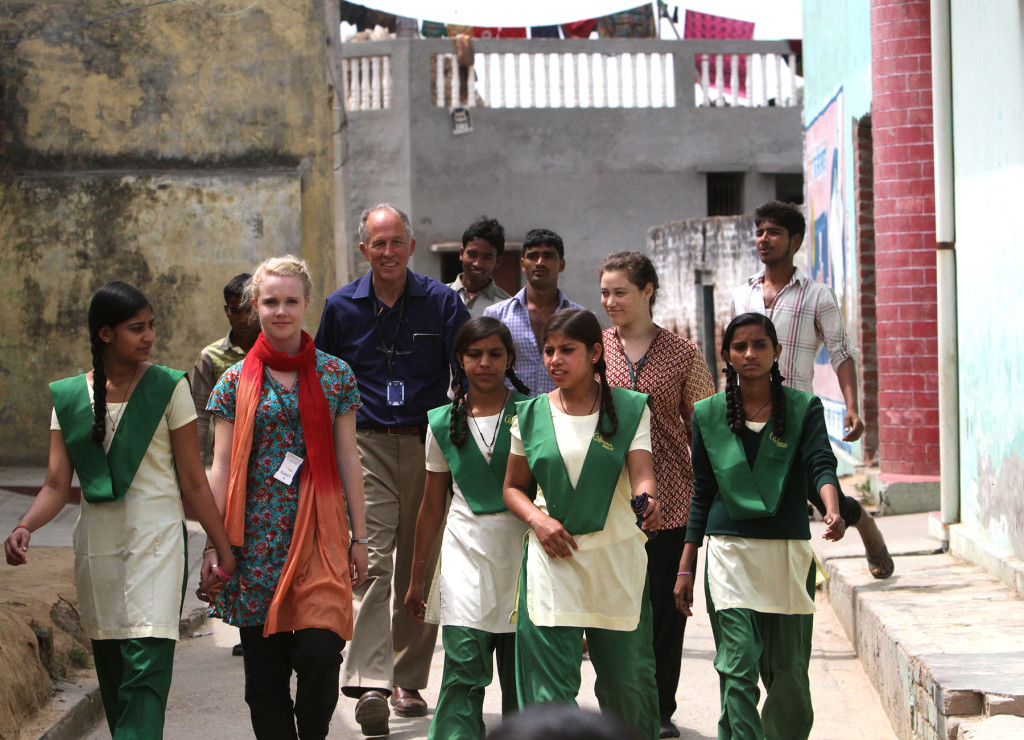