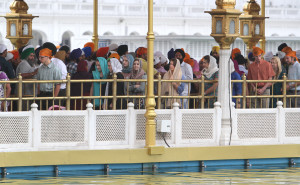 Today we went to the Golden Temple in Amritsar, the holiest place for the Sikhs. As we neared the temple compound the streets suddenly transformed from the cluttered dusty streets we had grown used to, to clean and shiny tile. Before entering the enclave that surrounded the temple, we took off our shoes and socks, covered our heads, and cleaned our hands and feet. Finally, we joined a huge line heading slowly to the temple far in the distance. The Golden Temple, as its name suggests, is covered in tons of the purest yellow gold. When we finally entered the temple, it was truly a site to behold. The temple was made largely of gold and white marble, and surrounded by a large pool of water. It was amazing to see people from all over the world, inside their most holy place. These people were experiencing something that most, if not all, of us will never understand. I saw this first hand when I moved to let an older woman through. She turned to me, pressed her hands together, and gave me a huge hug. It was truly beautiful. 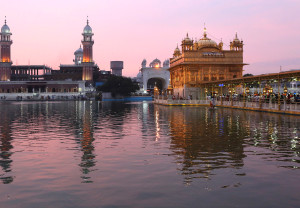 We left our hotel in Amritsar at 5:30 am so we could beat the crowds at the Golden Temple. Despite our early rising, there was already a huge cluster of people waiting to enter. As we stood in line, shoulder to shoulder with strangers, we struggled to stay awake. We were functioning on only four hours of sleep and no food. It was impossible to fall completely asleep in line because every so often the entire crowd chanted a prayer. It felt like we were a flock of flamingos, trying to blend into a world full of peacocks; we were easy to spot and it was clear that we didn’t belong.

People around us pushed through the confined space just to get one step closer to the temple. After standing for one hour, with absolutely no elbowroom room, breathing in the chilly morning air of Amritsar, we finally got to take our first steps into the Golden Temple. Even though the crowds were moving at a more comfortable pace now, the temple was still packed to the brim. The temple was small but beautiful. The ceiling was gold, and as your eyes traveled down you could see that you were standing on white marble. 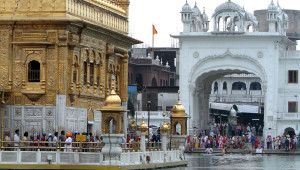 As we were led upstairs to the second floor, there was yet another crowd of people surrounding a man who was reading the Granth Sahib, the holy scripture of the Sikhs. The Golden Temple was a vivid visual of Sikhism. Sikhism revolves around monotheism, the belief in one god, and the all around equality of both men and women. In this circumstance, segregation of the genders was not much of a concern, as it so often is in India. It blew me away that so many people came to stand in a line, where personal space was non-existent, just for those few precious moments in the Golden Temple. The people were there for their religion and belief. It was very eye opening to witness this kind of devotion.

I have not seen what we experienced at the Golden Temple happen in America, over religion. Although it was difficult to wake up so early to go to Golden Temple, I am certainly glad that I did it. This experience made me realize that it isn’t always about your joy and comfort, sometimes it’s about observing what brings joy and comfort to others. In turn, you might figure out what you are willing to do for what you love. 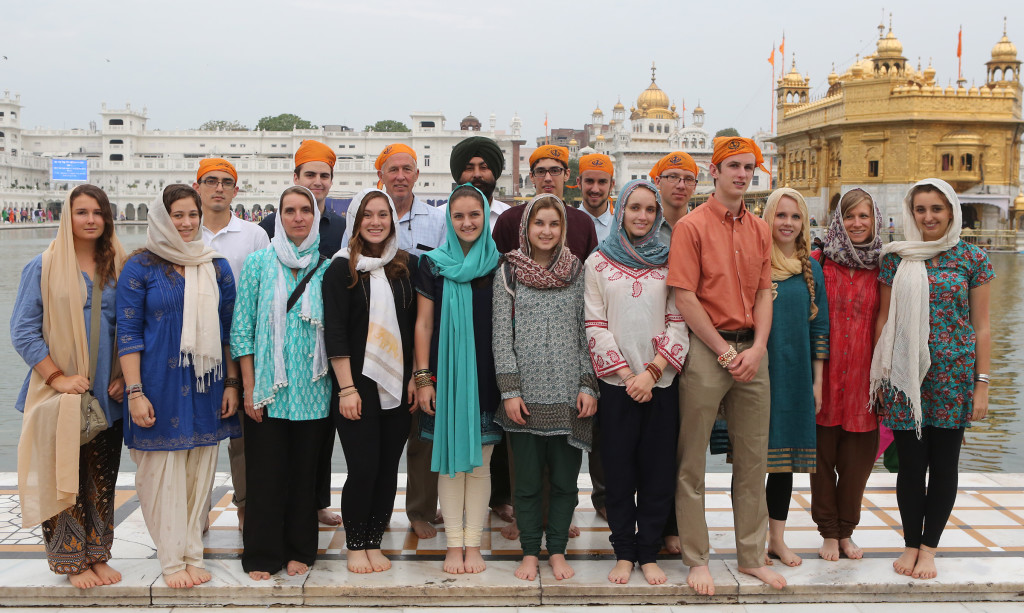